View the History of Voting in the United States timeline to learn when different groups received the right to vote. 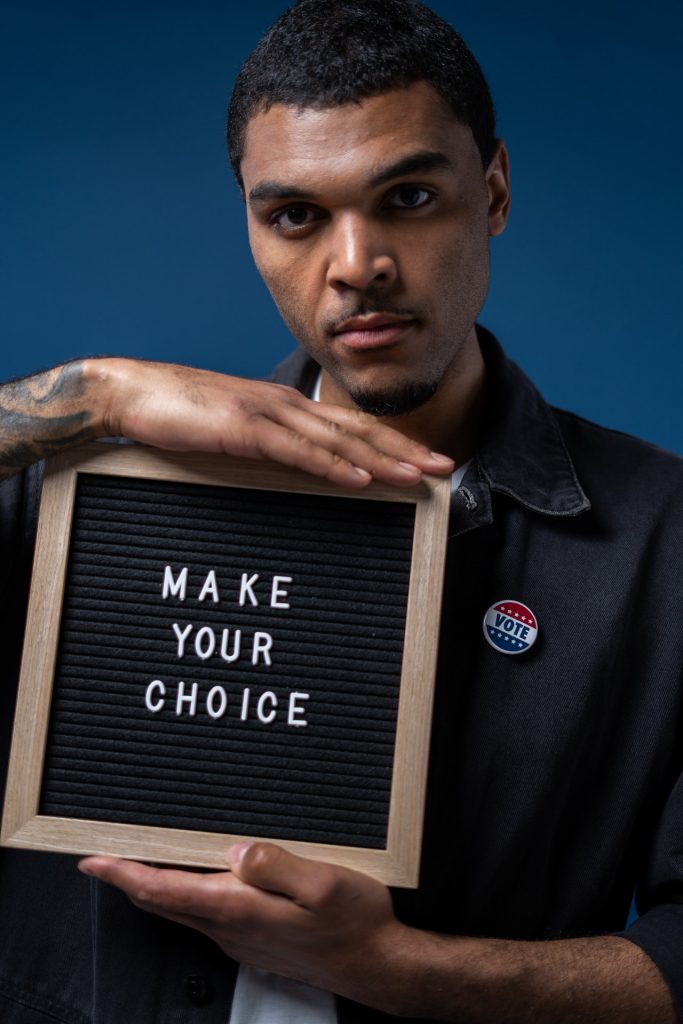 Oct. 19: Voter registration deadline in Alabama for the general election

Oct. 29: Last day to apply for an absentee ballot in Alabama

Nov. 2: Deadline to hand-deliver or postmark an absentee ballot in Alabama

To request an absentee ballot from the Alabama Secretary of State’s office, visit: www.sos.alabama.gov/alabama-votes/voter/absentee-voting

Ballotpedia is a nonprofit and nonpartisan online political encyclopedia that covers American federal, state and local politics, elections, and public policy. Written by a staff of researchers and writers, the website was founded in 2007.

Everything You Need to Know About Voter Registration

The NPR Politics team provides information to help voters through the election with the latest news, tools and advice. You also can submit a question as a voice memo and upload it and an NPR producer may contact your for future reporting.

Rock the Vote is a non-profit progressive-aligned organization in the United States whose stated mission is “to engage and build the political power of young people.” The organization was founded in 1990 by Virgin Records America Co-Chairman Jeff Ayeroff, to encourage young people to vote.

The League of Women Voters is a civic organization in the United States that was formed to help women take a larger role in public affairs after they won the right to vote.

Center for American Women and Politics

The Center for American Women and Politics is a unit of the Eagleton Institute of Politics at Rutgers, The State University of New Jersey. Established in 1971, it is nationally and internationally recognized as the leading source of scholarly research and current data about U.S. women’s political participation.

Ready to Run® is a national network of non-partisan campaign training programs committed to electing more women to public office.

She Should Run is a nonpartisan nonprofit working to dramatically increase the number of women considering a run for public office. 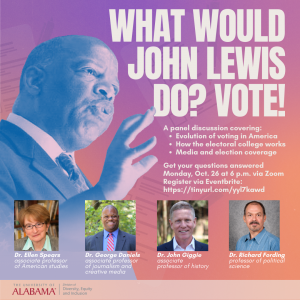 What Would John Lewis Do? Vote!

Learn more about debate history, find out who will moderate this year’s debates and more at the Commission on Presidential Debates website at https://www.debates.org/.

Election Conversations: What’s on your mind? (students only)

A virtual, student-driven discussion about the 2020 elections with T. Marie King, Birmingham-based educator and activist for the local voice network, sponsored by the School of Social Work