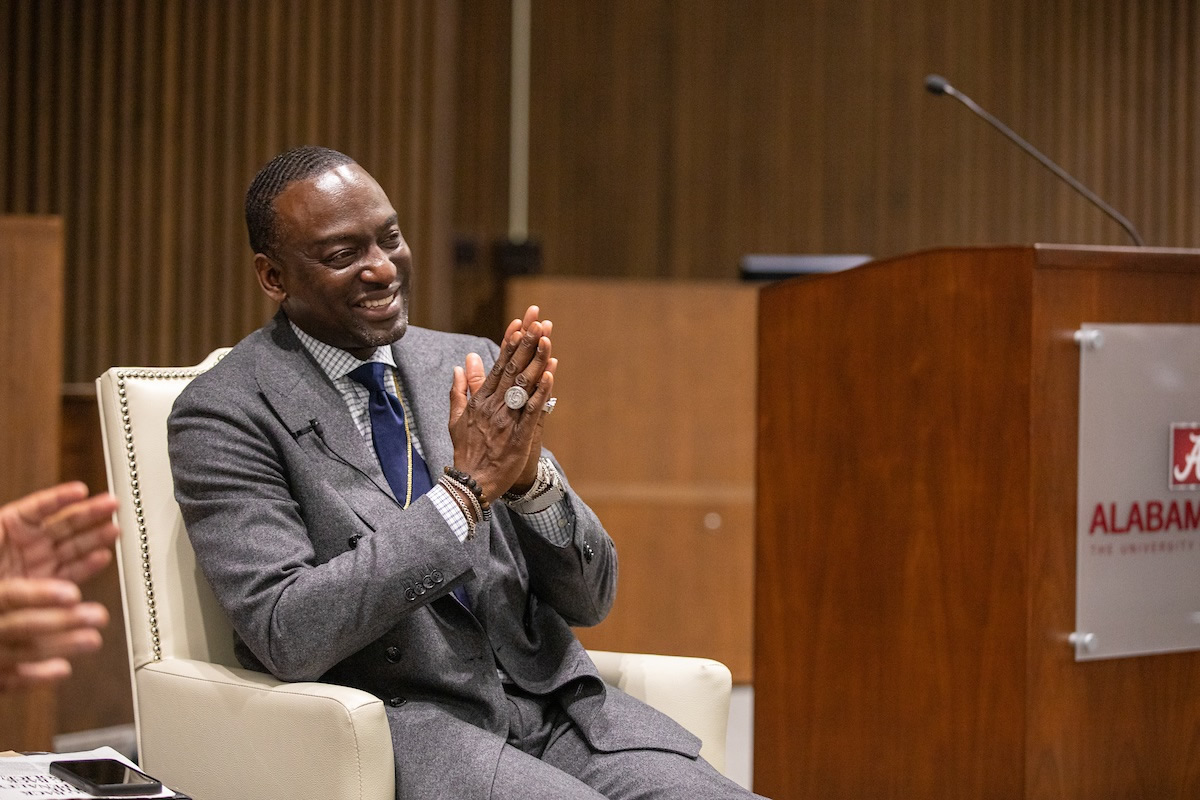 Yusef Salaam told students, “You can constantly reinvent yourself.” 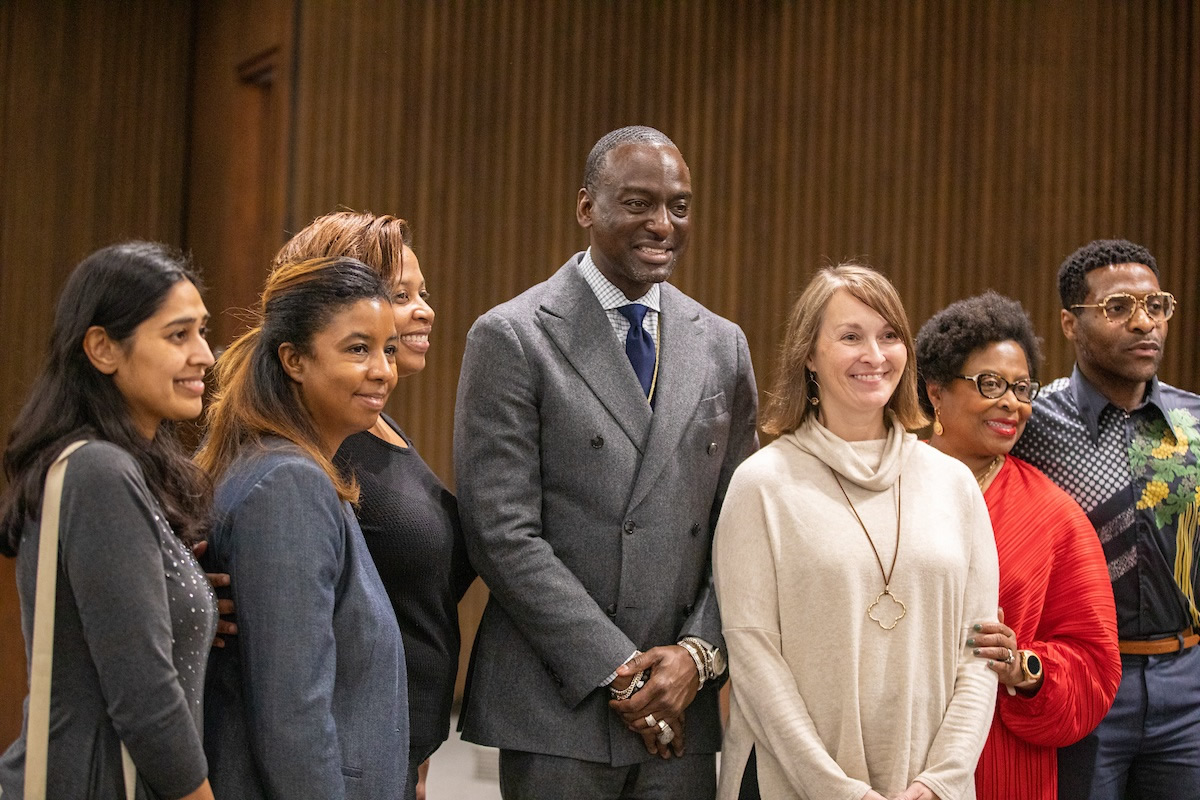 Attendees at the Law School event were eager to take photos with Yusef Salaam. 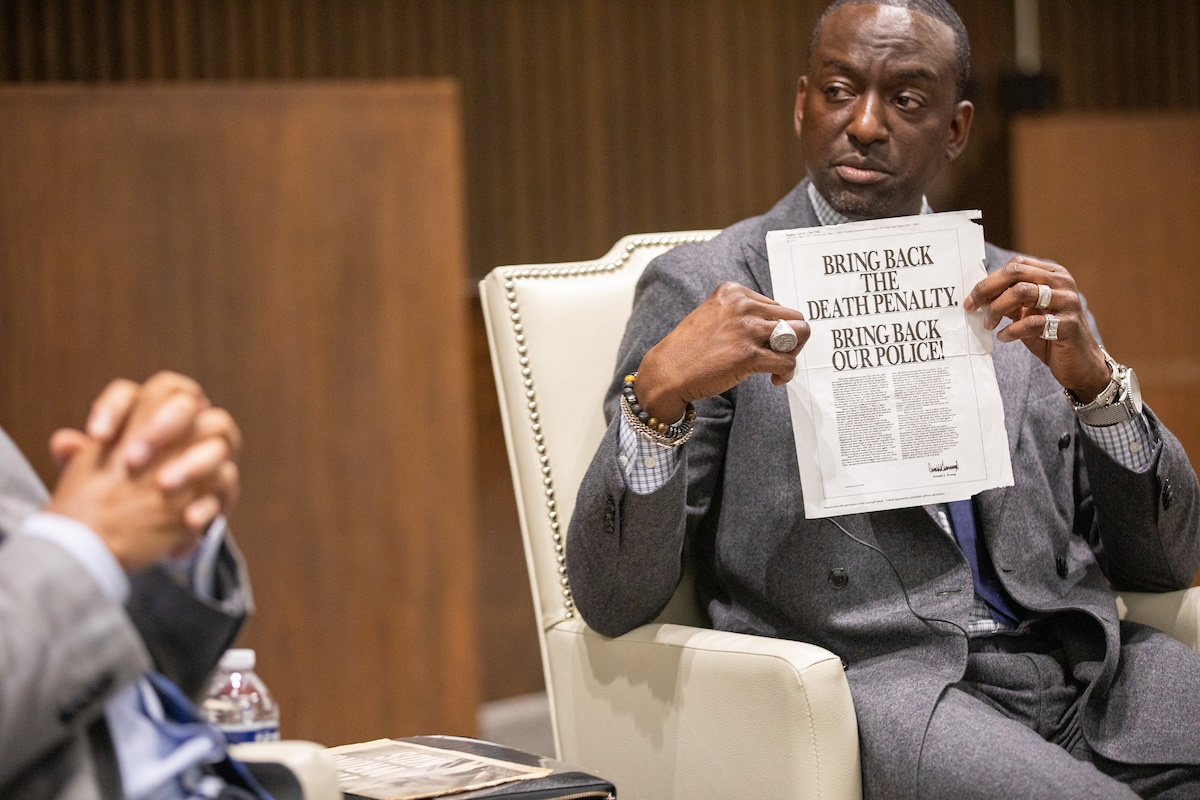 Yusef Salaam holds a copy of an ad that ran after he and four other boys were accused of rape. 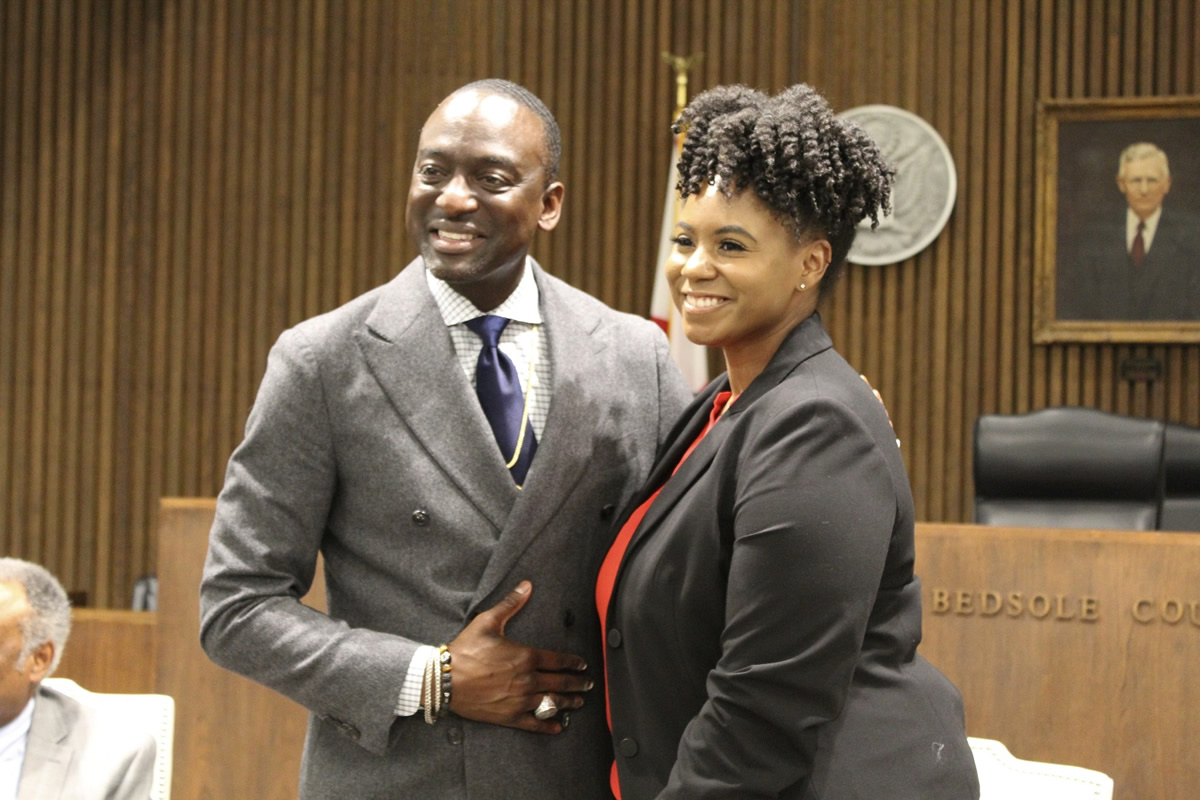 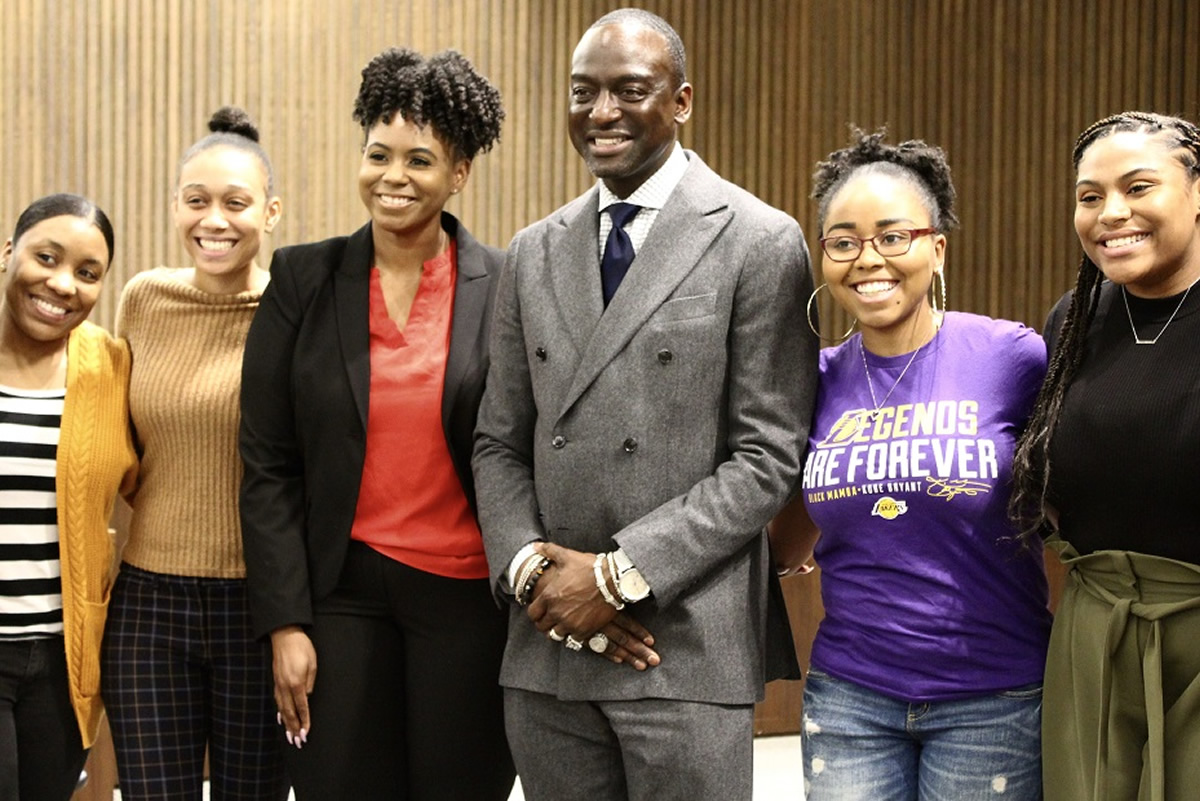 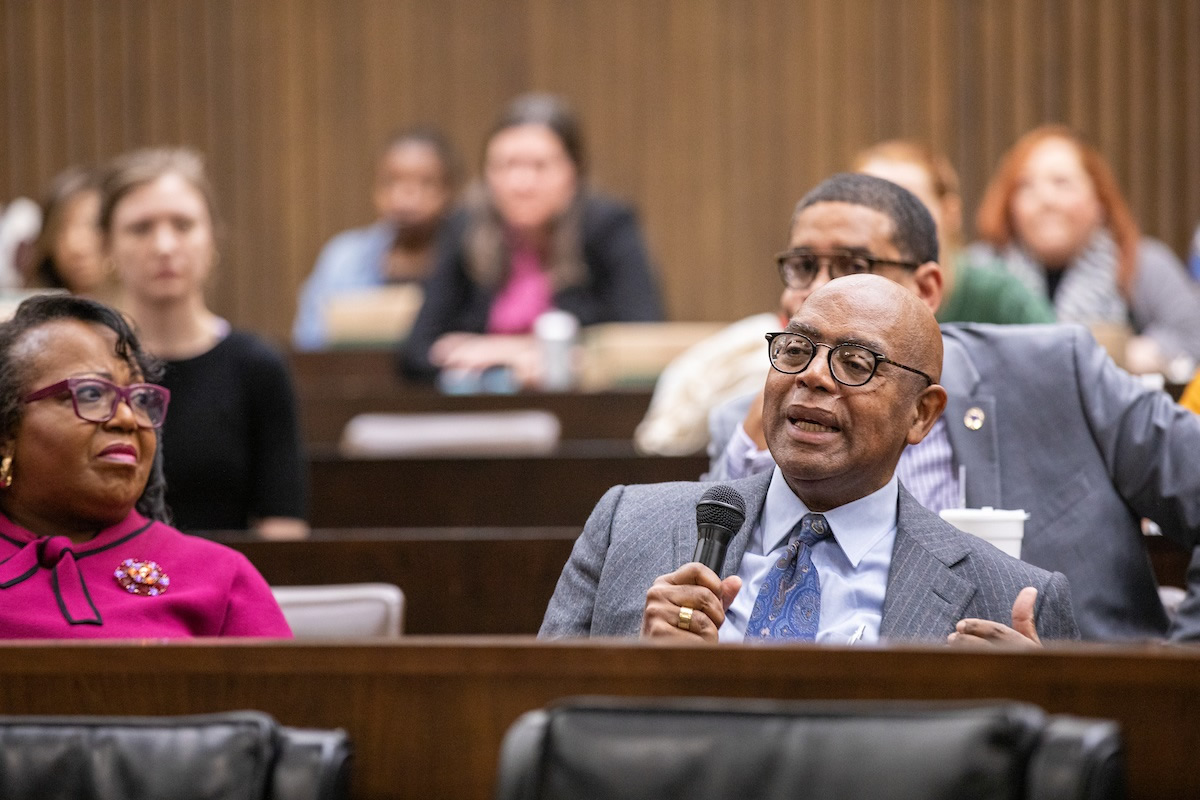 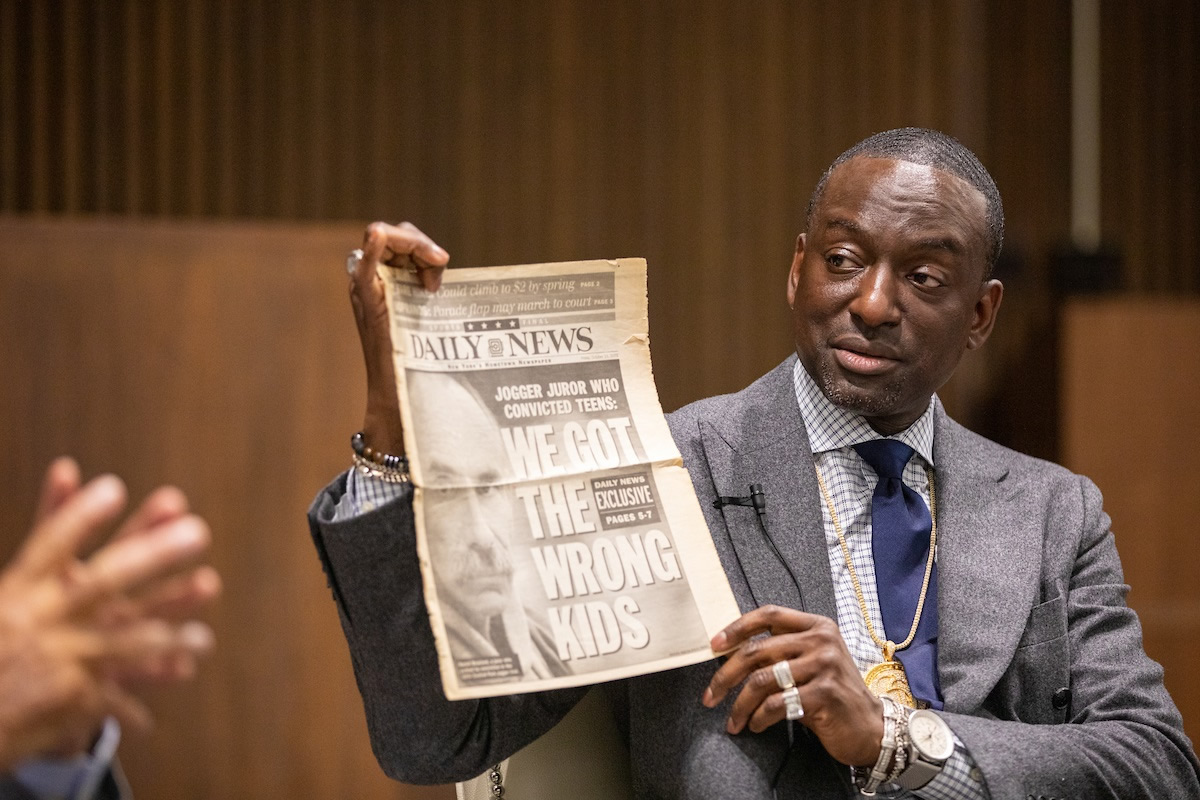 Yusef Salaam shares the cover of a newspaper noting a juror’s comment after the men were exonerated.

Yusef Salaam, a member of the Exonerated Five, formerly known as the Central Park Five, presented the Rev. Dr. Martin Luther King, Jr. lecture Jan. 27 on The University of Alabama campus. After the standing-room-only lecture, Salaam signed copies of his book, “Words of a Man: my right to be.”

Salaam was one of five boys – four black and one Latino – who were tried and convicted of raping a woman on April 19, 1989, in New York City’s Central Park. They became known collectively as the Central Park Five.

Their convictions were vacated in 2002 after spending between seven and 13 years of their lives behind bars. The unidentified DNA in the Central Park Jogger Case, unlinked to any of the five, was finally matched to a convicted murderer and serial rapist who confessed. The convictions of the boys, now men, were overturned and they were exonerated.

Since his release, Salaam has been committed to advocating and educating people on the issues of false confessions, police brutality and misconduct, press ethics and bias, race and law, and the disparities in America’s criminal justice system.

He was appointed to the board of the Innocence Project in 2018, and released a Netflix feature limited series called “When They See Us” based on the true story of the Central Park Five with Ava DuVernay, Oprah Winfrey and Robert De Niro in May 2019.

In addition to the lecture, Salaam talked to a criminology class and participated in a lunch discussion in the moot courtroom of the Law School. The Hon. Judge John England, a UA alum and member of the UA trustee board, moderated the discussion.