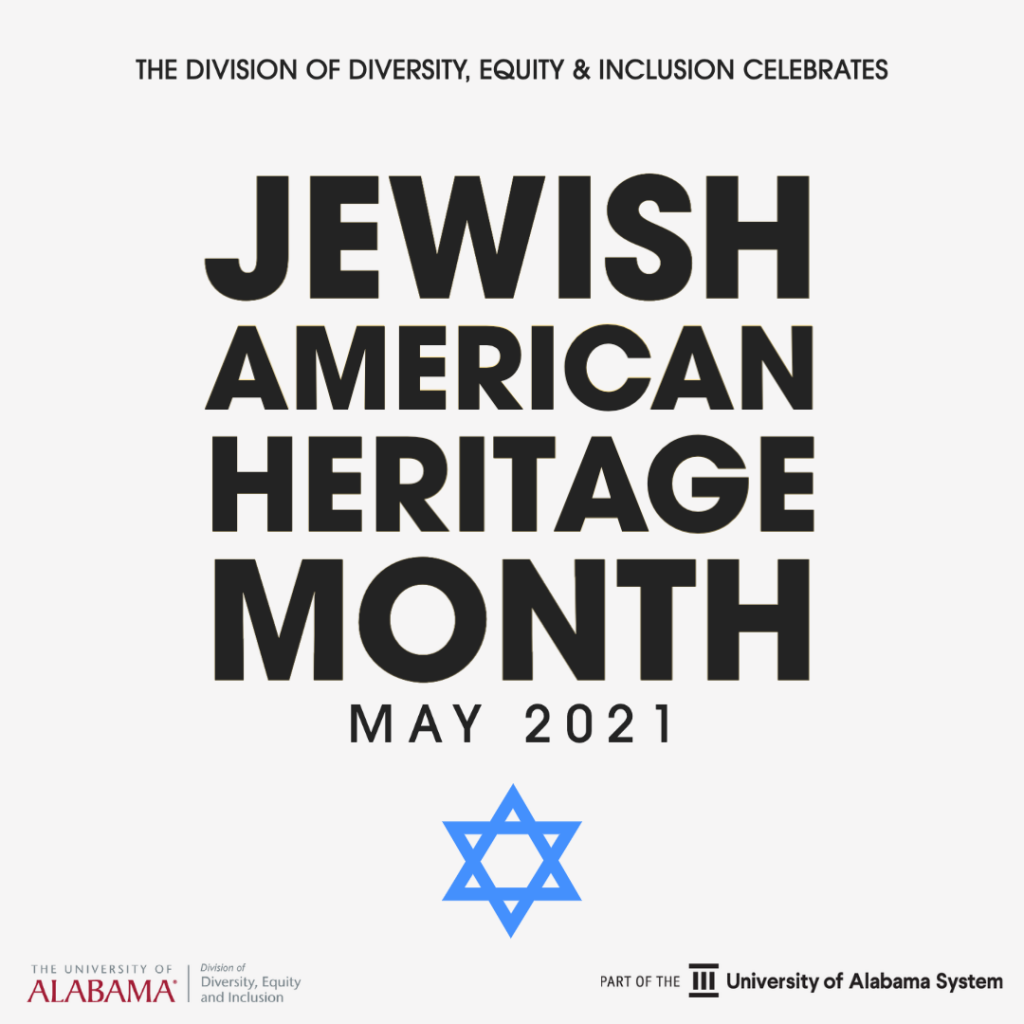 During May, Jewish American Heritage Month recognizes the contributions American Jews have made, and continue to make, to the history, culture and society of this country. The origins of the month began in 1980 with the establishment of Jewish American Week. Through the bi-partisan efforts of Rep. Debbie Wasserman Schultz of Florida and the late Sen. Arlen Specter of Pennsylvania, the month was established in 2006 by President George W. Bush to honor the contributions and achievements of Jewish Americans and to educate all Americans. It has been continued since then by presidential proclamation.

The National Museum of American Jewish History in Philadelphia leads the nationwide celebration that features a month-long series of events, including a virtual Capitol Hill event on May 10 and the premiere of a documentary about a rabbi who played a key role in the civil rights movement. The museum also offers online tours, exhibitions, artifacts and stories and educational resources.

(Information courtesy of the National Museum of American Jewish History)

For insight on Jewish identity, read Jewish Identity Defined by its Inability to be Defined, an interview with Dr. Daniel Levine, associate professor of politics and religious studies, the Aaron Aronov Chair of Judaic Studies and president of the Jewish Faculty and Staff Association. Levine, originally from New Jersey and a dual citizen of Israel, said Jewish identity has always been complex, even to Jews.

“For more than 360 years, American Jews have always risen to contribute to society and culture, including science, medicine, sports, business, civil rights, government, and military service. We’re working to raise awareness about those contributions and to stem the roots of antisemitism by bringing stories of American Jewish experience to life.” Dr. Misha Galperin, CEO, National Museum of American Jewish History

National Museum of American Jewish History
The museum provides information about the history of the month, a link to livestream programs, links to stories of individuals who have made great achievements in America, and links to online resources for more information on American Jewish history, art and culture.

Jewish Women’s Archive
This site offers ideas for celebrating the month and other resources.

Jewish Heritage Month.gov
The site features the Roman Totenberg Papers. Totenberg was a renowned virtuoso violinist and revered teacher. His career spanned nine decades and four continents. In 1938 he emigrated to the United States, where he went to extraordinary lengths to aid family and friends trapped in Poland during World War II and the Holocaust.

American Jewish Archives
The Jacob Rader Marcus Center of the American Jewish Archives houses over 10 million pages of documentation and contains nearly 8,000 linear feet of archives, manuscripts, nearprint materials, photographs, audio and video tape, microfilm, and genealogical materials. The AJA exists to preserve the continuity of Jewish life and learning for future generations and aspires to serve scholars, educators, students and researchers of all backgrounds and beliefs.

ADL
The mission of ADL is to protect Jewish people and to secure justice and fair treatment for all. ADL’s ultimate goal is a world in which no group or individual suffers from bias, discrimimation or hate. The site includes education and research tools, programs and anti-bias training, and ways to take action for educators, parents, families and caregivers.

National Today
This site offers information on the history and timelines of the month and suggestions on how to observe the month and other related holidays.

Library of Congress
This site provides an overview of the history of the month with hyperlinks to legislative branch and executive branch documents.