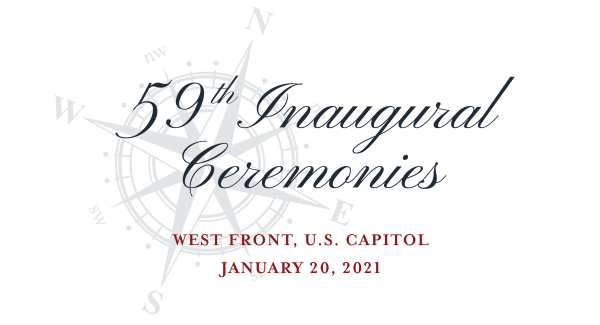 The theme for the 59th Inaugural Ceremonies is “Our Determined Democracy: Forging a More Perfect Union.”

Presidential Inauguration Dates, The 20th Amendment and the Oath of Office

This resource provides a complete list of inauguration dates, text of the 20th Amendment of the U.S. Constitution which establishes the scheduling of presidential and Congressional terms, and the words of the Oath of Office for the President of the United States.

The Library of Congress digital collections include a wide variety of primary source materials documenting presidential inaugurations. This Web guide includes diaries and letters written by presidents and those who witnessed the inaugurations, handwritten drafts of inaugural addresses, broadsides, inaugural tickets and programs, prints, photographs, and sheet music.

Presidents have celebrated in many ways since George Washington danced the minuet after his inauguration. Since that time, such activities have been broadened to include a cross-section of the American population. More than a celebration of one person’s rise to power, modern inaugurations validate the republic’s democratic processes. 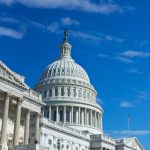 Inauguration at the U.S. Capitol

Architect of the Capitol

The Architect of the Capitol erects the inaugural platform on the Capitol’s West Front, sets up the necessary seating and fencing on the grounds, and coordinates other activities with the Joint Congressional Committee on the Inaugural Ceremonies regarding all of the physical arrangements that are necessary to accommodate this event.

The Constitution of the United States had established March 4 as Inauguration Day in order to allow enough time after Election Day for officials to gather election returns and for newly-elected candidates to travel to the capital. With modern advances in communication and transportation, the lengthy transition period proved unnecessary and legislators pressed for change. The date was moved to January 20 with the passage of the 20th Amendment in 1933.

Guide to the Presidential Inauguration

Details for the 2021 inauguration are still being announced. This guide, produced by Destination DC, will be updated with more inauguration information as it becomes available.