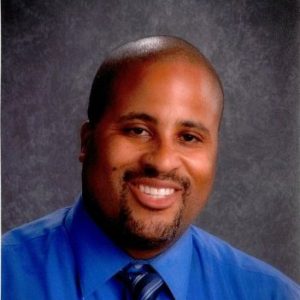 I Matter. You Matter. We Matter. Black Voters Matter.

Following the theme for Black History Month: “African Americans and the Vote,” the UA Division of Diversity, Equity and Inclusion will bring to campus Cliff Albright, co-founder and executive director of Black Voters Matter, a nonprofit organization that increases the political power of black people. Albright, who has more than 20 years of experience in community organizing, social justice movements and advising philanthropies, will speak Thursday, Feb. 20, at 6:30 p.m. in the Ferguson Center Ballroom. The event is free and open to the public.

Albright and his team travel through Southern and swing states in what they call “The Blackest Bus in America” to energize voters, spread love and build power. Black Voters Matter received nationwide attention when it turned out voters in Alabama’s overlooked Black Belt and helped secure Doug Jones’s surprise victory to the U.S. Senate in 2017. Albright has published opinion editorials in The New York Times, The Washington Post, The Guardian and several other outlets. He also hosts a weekly radio show in Atlanta and has served as an instructor of African American Studies at several universities. He is a long-time adviser to foundations and nonprofit organizations, including Grantmakers for Southern Progress, the Southern Working Group (Caucus of the Democracy Alliance), the Black Belt Community Foundation, and Communities In Schools of Atlanta.

Albright is based in Atlanta and previously lived in Selma where he focused on bringing funding to community groups in the area. He earned a B.S. in Applied Economics and an M.P.S. in Africana Studies from Cornell University and an M.B.A. from The University of Alabama. This event is open to the public.
For more information, contact diversity@ua.edu